What are Wagyu and where did they originate?

Cattle were first introduced into Japan in the 2nd century to provide power for the cultivation of rice. Because of the rugged terrain, migration was slow and restricted. Cattle tended to be isolated in small areas and each area had essentially a closed population.

From 1635 to 1868, the cow herd in Japan was officially closed by mandate of the Shogun. And except for a short period during the Meiji Restoration in the late 1800's the national herd has remained closed to this day. 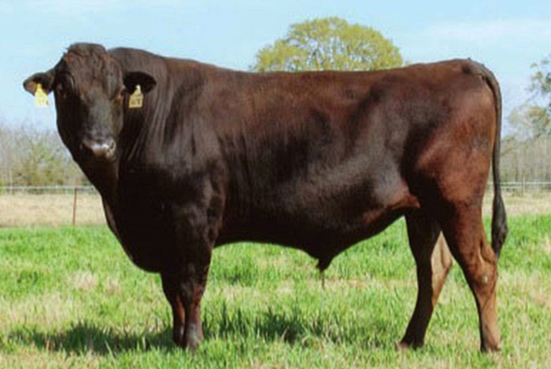 Today’s Wagyu cattle have been influenced by both British and Continental breeds.  Breed influence has been thru the use of Brown Swiss, Shorthorn, Devon, Simmental, Ayrshire, Holstein, Angus and Korean breeds which were imported by Japan in 1887.

With the use of the British and Continental breeds this resulted in crossbred animals, which was popular for several years.  But in 1910, the price of crossbred cattle collapsed and thus this ended the crossbreeding.  With this Japanese breeders began selecting for specific traits which were determined by the region and also extensive linebreeding was used to perpetuate those specific traits

The dominant black Wagyu strains are Tottori, Tajima, Shimane, and Okayama. Tajima cattle, bred in the Tajima region, were originally chosen and bred for their heavy forequarters because their primary use was to pull carts. They tend to be smaller and less heavily muscled than the Tottori breed. Tottori cattle, because they were used as pack animals for the grain industry of the Tottori region, were selected for their size and strength of topline.

The other main "breed" of Wagyu, was developed on the island of Kyushu and are red in color. As with the blacks, there are two distinct strains-Kochi and Kumamoto. Kochi cattle were strongly influenced by Korean breeding while Kumamoto are believed to have considerable Simmental influence. 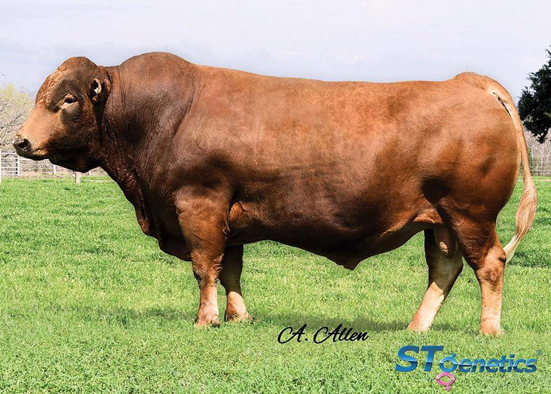 Japan's rugged terrain created isolated pockets in which different breeding and feeding techniques were used. This resulted in distinctly different characteristics which, over the years, led to cattle from the Kobe region becoming a standard for the world in terms of flavor and tenderness. Since then, two decades of research and development have resulted in an eating experience unequaled by any domestically produced beef today. Every bite bespeaks a quality that, until now, was unavailable in this country at an affordable price.

These feeding practices have come about through belief and science, such as feeding the cattle beer. Beer is fed to the cattle during summer months when the interaction of fat cover, temperature and humidity depresses feed intake. Beer seems to stimulate their appetite. It's merely part of the overall management program designed to keep the cattle on feed in the heat of the summer.

They are also known to massage their cattle too. The massaging is done to relieve stress and muscle stiffness. It's believed that the eating quality of the meat is affected positively by keeping the cattle calm and content.

Another practice common among Wagyu cattle breeders is the brushing of the cattle coats with Sake, producers in Japan believe that haircoat and softness of skin are related to meat quality. It's believed brushing the haircoat with sake improves the appearance and softness of the animal and is therefore of economic importance. 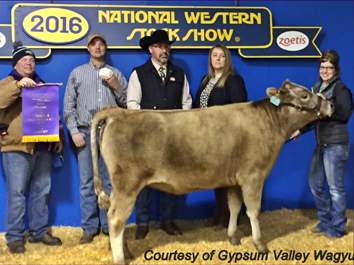 So where do blonde and white Wagyu enter into the Wagyu history you may ask?

A recessive mutant dilution gene is the answer. Just as a recessive mutant gene can have a disorder trait it can also have a beneficial trait. Very, very rarely the dilution gene crops up when a red Wagyu and a black Wagyu are mated. Known are two blondes in Australia, two blondes in Brazil, one blonde in Kansas and possibly two in Arkansas. At Cloverby Wagyu in Missouri we have six (four blonde, two white). So dilutions are very rare in Wagyu at the moment. It has occurred in other breeds; for instance the Murray Greys from Australia developed from a dilution bull of a mating between a Black Angus and a red Shorthorn. The Charolais breed is entirely white due to having two markers of the dilution gene which makes the animal white. When crossed with Black Angus, the Charolais parent gives one marker to its offspring making them a gray or ash blonde color, often called “smokies”. One marker of a mutant recessive gene may or may not be visible, like the parent of the gray calf that began the Murray Gray breed. 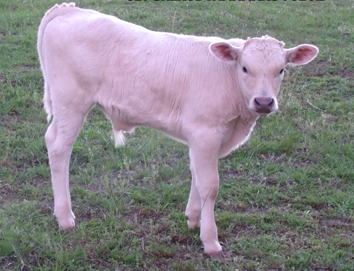 The white, fullblood Wagyu bull was the impetus for this registry. He was the startling discovery on March 29, 2018 being born to a blond dilution dam and a red bull. It all started at Jack Cossette's Gypsum Valley Wagyu Ranch near Salina, Kansas. Jack had AI'd his black fullblood Wagyu cow GVW Michifuku 220-12 (FB13751) to the red fullblood bull SOR Unzen (FB14473); and on September 30, 2014 he had a beautiful heifer born that did not turn black but was a blonde color. He named her after her dam GVW Michifuku 93014 (FB21014) but called her “Fancy”. She had a brother that was also a blonde color. When Fancy was 14 months old in January 2016 Jack entered her in the National Western Stock Show in Denver.

Fancy became the Grand Champion Red/Black Wagyu Heifer and was placed on the auction that was managed by Hosking Sales. When Fancy came up for sale I was immediately enamored of her lines and color and I won the bid. A week later I came to pick her up. In honor of Jack, I renamed her Gypsy for Gypsum Valley Wagyu. I flushed Gypsy the first year and got another dilution heifer named Fourth as she was born on the Fourth of July, 2017 from a shorthorn recipient. A month earlier, we placed a straw of Rowe Tamamaru Jr. in Gypsy and nine months later “Tam” was born. Tam's name is CLV Shiroi Tamamaru. Shiroi is White in Japanese and so his name means Cloverby's White Tamamaru. Tam has been tested and has 2 markers of the dilution gene. It was done at UC Davis which has labeled this test the “Charolais Dilution” test as it is so prevalent in Charolais. However, a year later, I questioned the results of Tam's daughter not having any Charolais dlilution and she was white. So UC researched and found Tam did not have any Charolais Dilution mutation gene (Dc) but he did have a “Highland dilution mutation gene as did his daughter. UC Davis is now developing a test for the Highland dilution mutation.

Wagyu have a coat color of black or red, their horns are straight to slightly curving forward and start off a whitish color then darken to black at the end.

They are known for their peaceful temperament, some think that it is because of their history with their special way of being grown.

Wagyu and the specialized growing techniques have given rise to the famous Kobe beef, which is a very tender, very marbled beef carcass.

Wagyu cattle are unusually healthy cattle and readily adapt to a wide range of climatic conditions.  Lower birth weights allow greatest calving ease. 30-40 kg is a representative range of weights for Wagyu calves.  Wagyu cattle are very fertile and most females cycle before twelve months of age. Bulls can reliably service 50% more females than most other breeds.

Wagyu cattle have superior beef conversion and the ability to marble on both grain and pasture feeding. When crossed with other breeds Wagyu increases marbling, improves the quality grade and adds more consistency to carcass quality.

It's fairly easy to make claims about flavor and tenderness because in most cases, those qualities are very subjective. But Kobe Beef America™, Inc., working in conjunction with the food scientists at Washington State University, has compiled quantifiable data to back up the claims.

In research conducted at the University it was learned that on comparable grade basis, where overall palatability, flavor, and tenderness were the main criteria, the American Wagyu out performed all other breeds on a consistent basis. 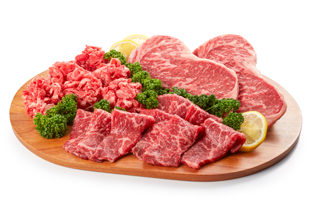 For flavor and palatability, a laboratory - trained taste panel was used in addition to a consumer panel. The findings of these groups confirmed the hypothesis of the food scientists. American Wagyu was judged superior in overall palatability. It also stood "head and shoulders" above the others when the combined characteristics of flavor, tenderness and palatability were considered.

Wagyu beef has many positive health benefits and is actually good for you.

A good diet should contain Omega and Monounsaturated fatty acids which help in keeping your heart healthy and also give food its delicious taste.  Wagyu beef is full of fat marbling which as it is cooked helps to make the meat tender. 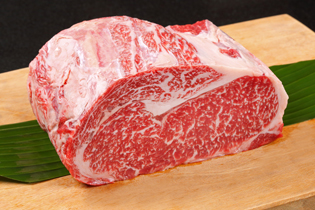 Protein is important to our diets because it aids in promoting muscle strength, gives you energy and causes your metabolism work faster.  Wagyu beef contains a high amount of protein at 22 grams per serving.  Wagyu beef is an excellent choice for those that are looking to lose weight because it is protein rich that helps individuals maintain strength and energy.

Wagyu beef is full of iron which is important to our diets for helping our bodies produce hemoglobin that carries oxygen throughout our bloodstream.

Wagyu beef is naturally lower in sodium than other red meats.  We all need sodium in our diets which helps promote healthy nerves and aids in regulating the body’s temperature.  Wagyu beef being lower in sodium is an excellent choice for those that need to watch their sodium intake (too much sodium can have a negative effect).

Wagyu beef is low-calorie and is an good choice for individuals that are trying to watch their weight but still be able to eat good food!

Where are Wagyu cattle found

Wagyu cattle have been exported from Japan to the United States, Australia, Europe, Chile, Canada, and New Zealand.